In 2019, some Indigenous leaders in northern British Columbia refuse to allow workers into traditional territory to carry out pre-construction work on a pipeline carrying liquefied natural gas to the coast. Disputes over land and resources between Indigenous peoples and others are nothing new. Back in August 1999-2000, there was a conflict over Aboriginal fishing rights in New Brunswick. Angry fishers destroyed Mi’kmaq lobster traps, and local Mi’kmaq retaliated by destroying non-Aboriginal fishing boats and buildings. Matthew Coon Come, chief of the Assembly of First Nations at the time, spoke at Burnt Church on August 17, 2000. Much of that he said then has a contemporary resonance.

“We are here to stay as Aboriginal peoples with viable land and resource bases.”

I am here to support the people and leadership of Burnt Church. I am amazed that in Canada at the start of the 21st century I am visiting a place where government agents are confronting indigenous people, and where last year the flames of burning native boats and lobster traps lit the night.

The situation here looks chaotic, but actually the issue is simple: how will the many nations and peoples in this country share Canada’s rich lands and resources, so that all can benefit equitably and none are locked out?

The federal minister of fisheries says that the events at Burnt Church are about the orderly regulation of fisheries, versus aboriginal illegality, greed, and refusals to negotiate. The minister and others are also saying that this situation is about the rule of law, and about one law for all irrespective of race.

First of all, the people who are saying this is about race-based standards need a basic lesson in Canadian law and their own constitution. We have always been nations and peoples. This unique status has always been recognized in Canadian law and, since 1982, has been entrenched in Canada’s constitution. One aspect of this status is that we enter into treaties with the Crown.

Our distinct rights as First Nations flow from this unique status. We insist that governments and fishermen’s organizations deal with us on a foundation of our inherent aboriginal and treaty rights.

I would like to meet with the non-aboriginal fisherman to hear their concerns and to convey them these basic facts about their system of government and law.

But there is a fundamental question that is not being asked: how can the people of Burnt Church and First Nations people across Canada survive and thrive?

The action of Donald Marshall when he went eel fishing and was prosecuted by the federal government all the way to the Supreme Court of Canada, and the action of the people in Burnt Church, are about our rights as First Nations peoples to survive, thrive and re-develop viable societies . . .

Anyone can see that it is not First Nations peoples across this land who are the wealthiest of the wealthy and who dominate the economic landscape. Our people are the poorest of the poor, the most marginalized and the most dispossessed.

In 1996, the Royal Commission on Aboriginal Peoples called for a fundamental redistribution of natural wealth and resources in this country, to end the cycle of poverty and dispossession faced by our peoples. In the Marshall case, the Supreme Court of Canada took a small step in the direction by affirming the Mi’kmaq treaty right to benefit from the Atlantic fishery.

We all know that the Atlantic fishery must not be taken for granted. But this situation is not truly about regulation for resource conservation. The Mi’kmaq have designed and are implementing an effective resources management plan, apparently to the same or higher standards than the federal government’s.

Let us not forget that it was federal government mismanagement and non-native fisheries that led to the devastation of the east and west coast fisheries. First Nations peoples are the original conservationists on this continent. Our survival has always been tied to the health of the natural resources on which we depend . . .

What possible interest could Canada have in keeping Aboriginal peoples poor? Is the government of Canada hoping that if the current conditions of First Nations poverty and unemployment continue, we will be gone in a generation or two and then there will be no question of having to share anything with us anymore?

We are not going to go down that road. We are here to stay as Aboriginal peoples with viable land and resource bases. This is our right.

I am saying to Canadians now, draw no comfort from the pronouncements of your ministers that the status quo affecting First Nations peoples in Canada is legal.

In April 1999 the United Nations Human Rights Committee ruled that the Canadian status quo is a violation of Aboriginal peoples’ most fundamental human rights, including our peoples’ rights to never be deprived of our own means of subsistence.

The Minister has spoken of various fishery agreements with a number of First Nations peoples in this context. I have full faith in the leadership and peoples of those First Nations that have entered into such agreements. I have been a Chief, and I know that leaders of First Nations here — and right across this country — face impossible conditions in trying to meet employment, social, housing and other needs of our citizens, the face of policies that leave us without adequate resources to do so. The decisions they make under these terrible circumstances are to be applauded, because they help our people to survive another day.

I appreciate the welcome I have received from the New Brunswick Grand Chief whose own First Nation recently entered into such an interim agreement. I welcome the opportunity to learn from him about the challenges he and his people are facing.

Mr. Minister: call off your troops. I have always been opposed to the use of force for political ends, particularly when it is used by governments against Indians.

I believe that all Canadians want fair end equitable solutions that will enable our people to get off welfare, get to work, raise our families, and build vibrant communities. For this to happen, we must regain access to and jurisdiction over lands, waters and resources, for more than our people to just scrape by with bare “necessities” of life – food, shelter if we are lucky, clothing and few amenities.

This is the story from the heart of Burnt Church. ♦♦♦♦♦

This site uses Akismet to reduce spam. Learn how your comment data is processed. 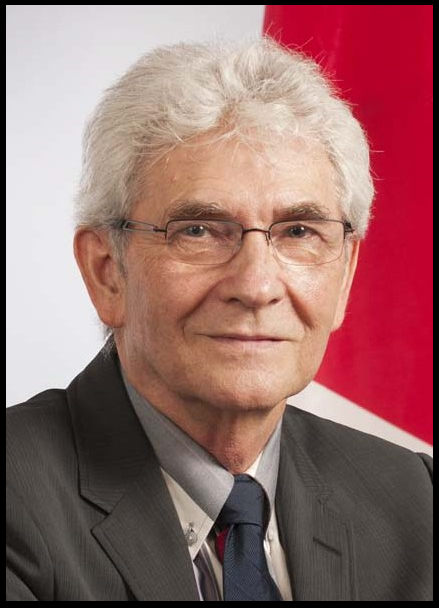